100 Year Plus One Anniversary

We all look forward to celebrating our 100th Year Plus One Anniversary this year in August. Those of you who already have copies of Cent Anni: A One Hundred History of the Colombo Club, have seen the wonderful list celebrations that were planned by our anniversary committee for 2020. Over the next months leading up to our 100 Year Plus One Anniversary, I will be outlining and describing in the newsletter the events that will commemorate the founding of the Colombo Club by 22 Italian men, in 1920, who met regularly at the home of Maggiorino Lovisone, a charter member of the Colombo Club, who lived across the street from the Bilger Quarry at 2037 Pleasant Valley Avenue, Oakland.

Once the county health department has given the okay to again meet at the Club, I will be reconvening our anniversary committee. It will be meeting from 5:30 pm to 6:00 pm on the first Tuesday of every month in the Isabella room to work out the details of the anniversary events. I welcome any member who wants to join this committee, even if you were not a previous member of this committee.

If the progress that is being made to combat the current pandemic continues and the county health department gives us the go-ahead to reopen the Club, these are the events and the new dates that we have planned for our anniversary celebrations:

September 7 – All Previous Colombo Club Board Members and Officers Dinner

I look forward to the time when we can meet again and plan for the wonderful 100 Year Plus One Anniversary of our beloved Club. 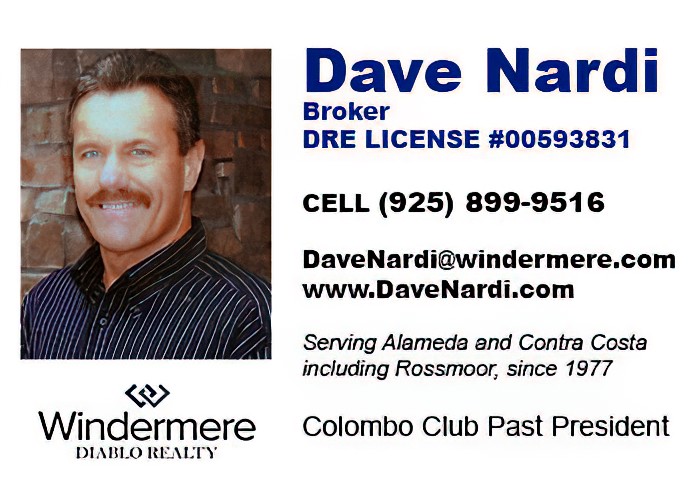